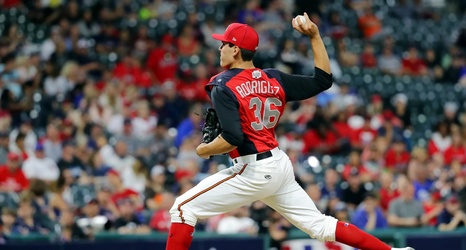 The Orioles’ big hope at the plate is Adley Rutschman. On the mound, it’s Grayson Rodriguez.

And if the 2021 season is any indication, the hope of the Orioles and their fans is well-placed.

Baltimore had few development stories this year better than that of the 21-year-old right-handed hurler. Rodriguez spent the majority of the season in Double-A Bowie after starting at Single-A Aberdeen, and his work was terrific at both stops. After going 3-0 with a 1.54 ERA with the IronBirds, he went 6-1 in 18 starts with the Baysox, compiling a 2.94 ERA and striking out 121 batters in 79.