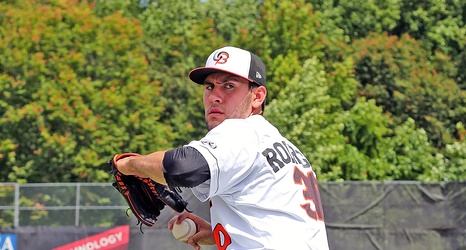 Grayson Rodriguez was cruising. He had thrown only 63 pitches to get through 5.2 scoreless innings while allowing just two hits, no walks, and striking out four. Then he threw what was classified as a fastball at just 89 mph, well below his normal mid-90s velocity. Members of the coaching and training staff headed out to the mound to chat with Rodriguez with the end result being a trip to the locker room for the star prospect.

Officially, the Orioles are calling Rodriguez’s injury “right lat discomfort” with reports from Andy Kostka at The Baltimore Sun saying that it could have been the result of dehydration.