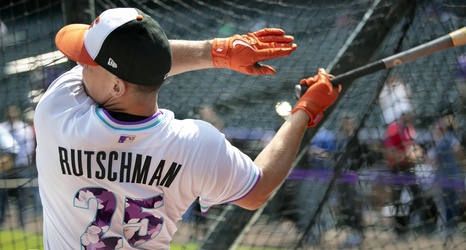 This one feels like a big deal because it marked Adley Rutschman’s return to the Triple-A level, a hopefully brief stop before he’s in Baltimore. Does the mid-week promotion - rather than giving him the full week in Bowie - mean anything? I think it means that the Orioles saw the weather forecast for the weekend and bumped Rutschman up to make sure he’d play. This series is being played in Nashville.

Rutschman made his presence felt in this game almost immediately, hitting a single in the first inning. It was his only hit in the game; he also drew a walk.