Orioles do their part to keep tiebreaker chaos alive by losing to Blue Jays, 6-4 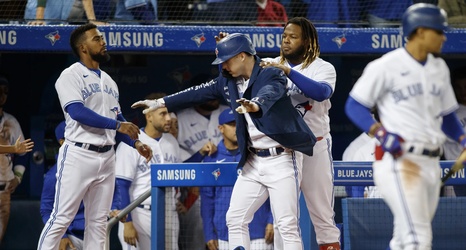 There was a lot of built-in excitement for the Orioles game against the Blue Jays on Friday night, taking place as it is in the midst of an AL Wild Card race that could still see a four-way tie for two spots by season’s end. The stakes were huge. The Orioles played a totally boring game for seven innings before waking up to do too little, too late, losing to the Jays, 6-4.