Orioles can’t get no relief, falling to the Rays, 7-2, as the losing streak extends to 15 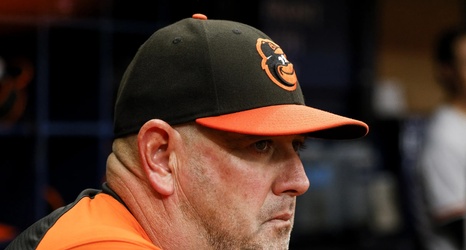 Why not? This Baltimore fanbase has already endured so many indignities this season. So why not another horrible outing by a starting pitcher, an early-innings bullpen collapse, another series sweep, and another loss in an ignominious streak that’s reached 15 in a row?

As an Orioles fan, I’m basically punch-drunk at this point in the year (a lot of us are), but frankly, I feel like you need to be somewhat anesthetized to get through this slop of a season.

Thursday’s defeat falls squarely on the shoulders of the unreliable Jorge López, albeit today was unusual for him since he looked seriously off all game: López’s fastball velocity, which ordinarily clocks in around 95-96 mph, was down as low as 88 mph at one point.