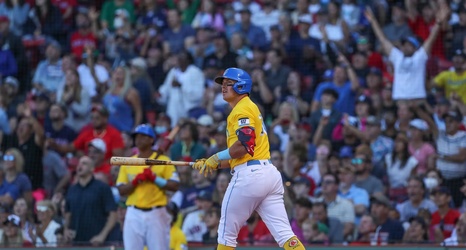 This — this, right here — is why the Orioles can’t have nice things.

In the top of the seventh inning at Fenway Park this afternoon, the O’s were on the cusp of a feel-good, come-from-behind victory against the Red Sox. The Birds, who’d been trailing all afternoon, by a margin of four runs at one point, had just completed a stirring comeback, thanks to Trey Mancini’s bases-loaded, go-ahead double. The O’s had a chance to avoid a three-game sweep and put a dent in Boston’s postseason aspirations. They were nine outs away from one of their most thrilling victories of the year.