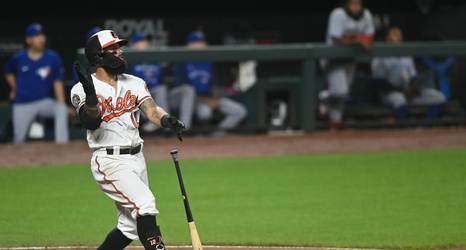 Ladies and gentlemen, they did it again.

The most surprising, most exciting team in baseball, your Baltimore Orioles, pulled off yet another dramatic, come-from-behind rally, snatching victory from the jaws of defeat in a game they had no business winning. Trailing by a run in the eighth, they upended the Blue Jays, 6-5, to clinch a series win. In the process, the O’s pulled within half a game of the Seattle Mariners — who are currently in action in Seattle as of this writing — for the third and final Wild Card berth. An M’s loss tonight would push the Orioles into a virtual tie for a playoff spot.