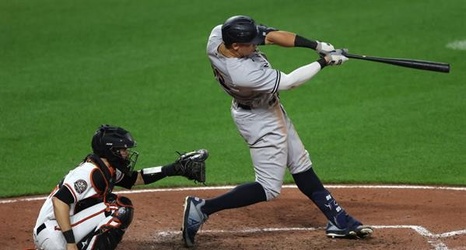 The new wall in left field at Camden Yards served its purpose, denying Aaron Judge a home run on his 399-foot drive in the first inning.

“I learned my lesson and decided to go to right field after that,” he said.

The ballpark couldn't hold Judge's next two hits, a pair of solo homers that helped the New York Yankees to a 5-4 win over the Baltimore Orioles on Tuesday night. Judge and reliever Michael King were the biggest stars of this victory, New York's 20th in its last 23 games.

Judge came within a few feet of a three-homer game.