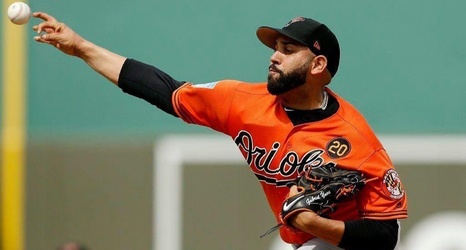 Right-hander Gabriel Ynoa might seem like an unlikely choice to become the first Orioles pitcher to throw four innings this spring. He didn’t even start Friday’s game against the Boston Red Sox at sold-out Ed Smith Stadium.

He came on in the fourth inning and gave up just one hit, setting himself up to get the decision when the Orioles scored twice in the sixth inning of a 4-2 victory.

“I was not really expecting to go four innings today,” Ynoa said through interpreter Ramón Alarcón, “but they gave me the opportunity and I went ahead with it and took advantage of the opportunity.