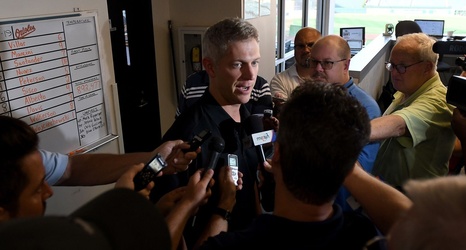 The offseason is officially upon us and while the Baltimore Orioles are expected to remain relatively quiet during the upcoming winter months, general manager Mike Elias and his staff have plenty to keep them occupied as they continue a long and extensive rebuild in the Charm City.

On Thursday evening, Elias joined MASN’s Jim Hunter and Roch Kubatko on 105.7 The Fan for about an hour to discuss a variety of topics from upcoming arbitration cases, to Rule 5 decisions, Trey Mancini, and plenty of other interesting topics as the offseason officially kicks off.