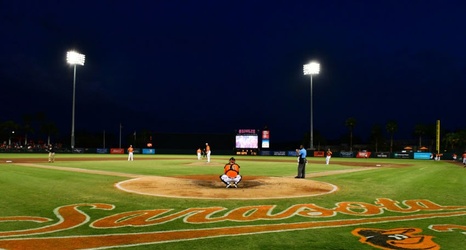 SARASOTA, FLORIDA - MARCH 10: A general view of Ed Smith Stadium during a Grapefruit League spring training game between the Baltimore Orioles and the Atlanta Braves on March 10, 2020 in Sarasota, Florida. (Photo by Julio Aguilar/Getty Images)

But the Baltimore Orioles didn’t just cut one or two, they ravaged the minor leagues at let 37 players go.

Two of the names you might recognize, as they are Orioles legacies: Dalton Hoiles and Preston Palmeiro.