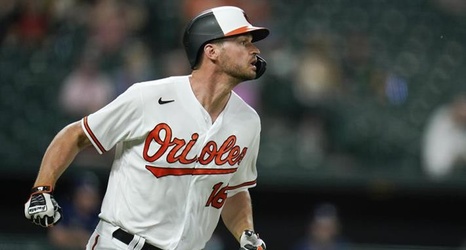 Randy Arozarena hit two home runs, stole another with his glove and knocked in four runs, Ji-Man Choi drove in the go-ahead run in the eighth inning, and the Tampa Bay Rays rallied from a five-run deficit to beat the Baltimore Orioles 9-7 Wednesday night.

Mike Brosseau also homered for Tampa Bay, which has won a season-high six consecutive games. At 25-19, the Rays are six games above .500 for the first time this year.

Trey Mancini hit two home runs as part of a four-hit night and tied a career high with five RBIs for Baltimore, which has dropped nine of 11 and fell to a majors-worst 6-17 at home.