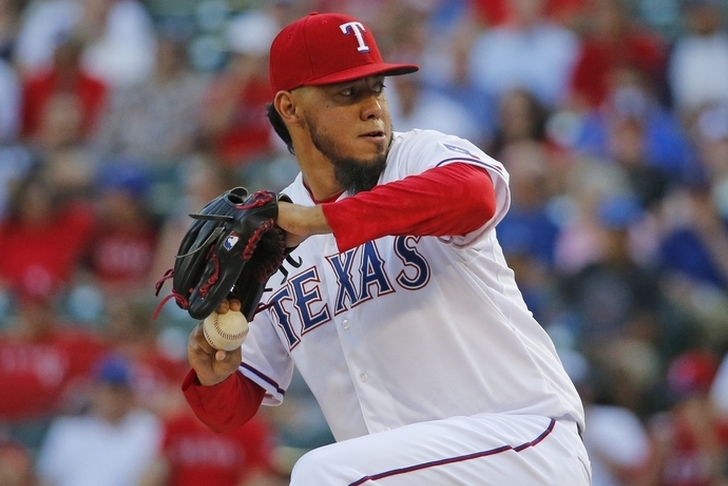 The Baltimore Orioles had agreed to a deal with starting pitcher Yovani Gallardo last week, but that deal hit a snag during Gallardo's physical. It wasn't clear if the Orioles would end up signing Gallardo. However, Roch Kubatko reports the Orioles will indeed sign Gallardo in a restructured deal.

It's a two-year deal for Gallardo, with a team option for a third year. According to Kubatko, the deal has $20 million over the first two years. In year three, there's a $2 million buyout or a $13 million club option. For more Orioles coverage, download the Chat Sports Android and iPhone app.

Gallardo spent last season with the Texas Rangers, after spending his first eight years with the Milwaukee Brewers. Gallardo posted a 13-11 record last year, with a career-best 3.42 ERA. The 29-year old righty has posted a 3.66 ERA and 1.31 WHIP during his career.

The move will result in the Orioles losing their first round pick, No. 14 overall, in the next MLB Draft. But, Gallardo will help the team replace Wei-Yin Chen, who signed with the Miami Marlins. Earlier this week, the Orioles agreed to a contract with OF Dexter Fowler.