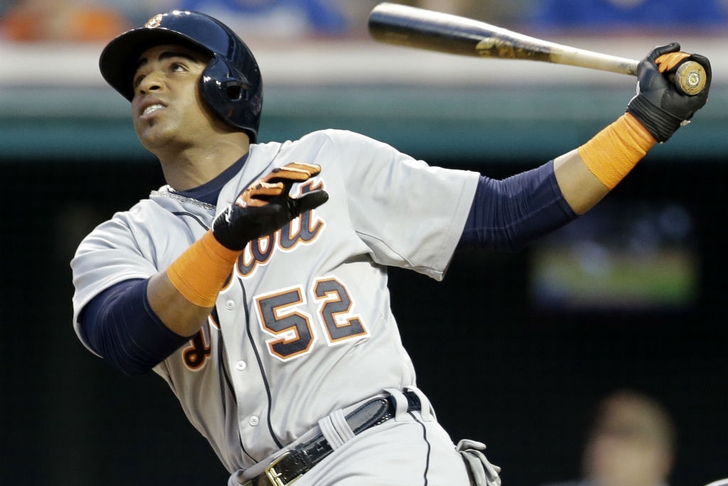 The Detroit Tigers are mulling over the possiblity of trading dynamic outfieler Yoenis Cespedes at the deadline, per USA Today's Bob Nightengale. If so, CBS Sports' Mike Axisa reports that the Baltimore Orioles could be one of the "top suitors" in line.

"The O's have the great Adam Jones in center and a patchwork corner outfield situation, so much so that Chris Davis has been playing right field for almost a month now," Axisa wrote. "Travis Snider (96 OPS+), Nolan Reimold (99 OPS+), Steve Pearce (89 OPS+) and David Lough (71 OPS+) have all seen time in left of late. Cespedes would put an end to that revolving door and add more thump to the lineup. Baltimore is four games back in the AL East and 3 1/2 back of a wildcard spot."

The 29-year-old Cespedes is currently 289/.314/.482 with 13 home runs and 52 RBI this year. He also has a cannon of an arm in the outfield that Baltimore's front office would die to move into the outfield mix.

Cespedes wouldn't come cheap, however. With former #1 pick and returning starter Kevin Gausman reportedly on the market, he could be one of the names thrown out there if the Orioles decide the free agent-to-be Cespedes for under half of his $10.5 million salary for 2015.