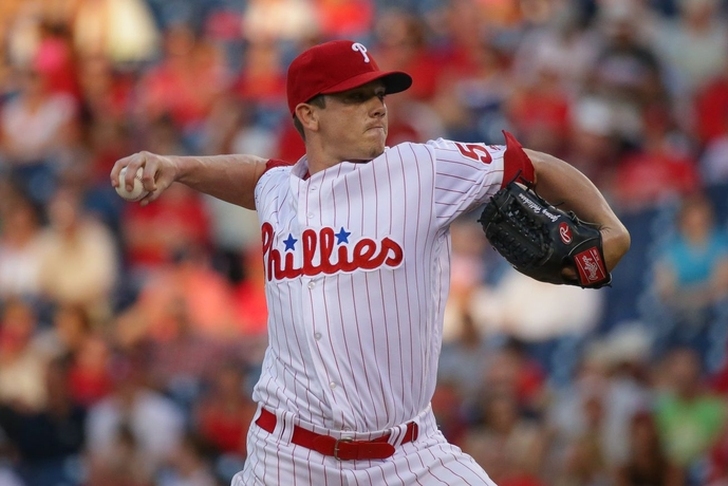 The MLB trade deadline is tomorrow, and there are plenty of trade rumors swirling around the Baltimore Orioles. They are 59-45, giving them a half-game lead in the AL East. Since they are in the midst of a playoff race, the Orioles are likely buyers at the deadline. With that in mind, here all the latest Orioles trade rumors below:

Orioles a "top contender" for Hellickson
Baltimore's biggest deadline priority is to upgrade their starting pitching, and that has them targeting Philadelphia's Jeremy Hellickson. According to Jon Morosi of FOX Sports, the Orioles are actually one of the favorites to land him:

#Orioles and #SFGiants among top contenders for Jeremy Hellickson, a little more than 24 hours before buzzer, sources say. @MLB

Baltimore also targeting Miley?
Another pitcher that has sparked the Orioles' interest is Seattle's Wade Miley. According to Jon Heyman of FanRag Sports, Baltimore is looking hard at him and the two sides have talked:

Baltimore has been seeking a starter, especially a left-handed one, for weeks, as it tries to hold on in the tough AL is afternoon with a loss at Toronto.

The Mariners are talking to a few teams about Miley, who is clearly being dangled as the Mariners have decided to hold onto coveted kids Taijuan Walker and James Paxton, as GM Jerry Dipoto said.

The Mariners acquired Miley in an offseason trade with the Red Sox, but he has fallen short of Seattle's expectations for him. He is 7-8 with a 4.98 ERA in 19 starts this season.

Follow our Baltimore Orioles news page for all the latest Orioles trade rumors!