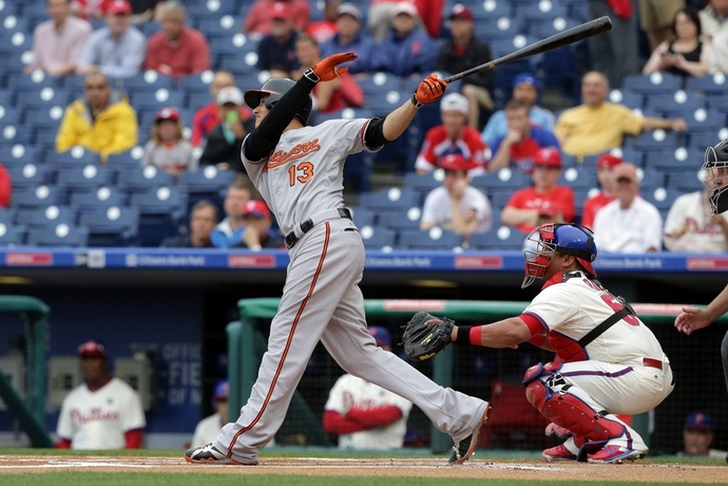 The Baltimore Orioles are stuck in a weird spot where no one knows if they're buyers, sellers or looking to stand pat before Friday's MLB Trade Deadline. That hasn't stopped other teams from inquiring on a litany of Orioles players, including young All-Star third baseman Manny Machado.

Via Roch Kubatko of MASN:

Of that group, starting pitcher Kevin Gausman may be the most likely to go before tomorrow afternoon. The Orioles have been reportedly shopping him for weeks now, dangling him as a centerpiece in their reported quest to land an impact bat.

As for Machado, there is very little chance that Baltimore would even consider moving him -- even for a blockbuster return. The 23-year-old is under contract for $548,000 this year and has three years of arbitration eligibility left before he is slated to hit free agency (following the 2018 season).