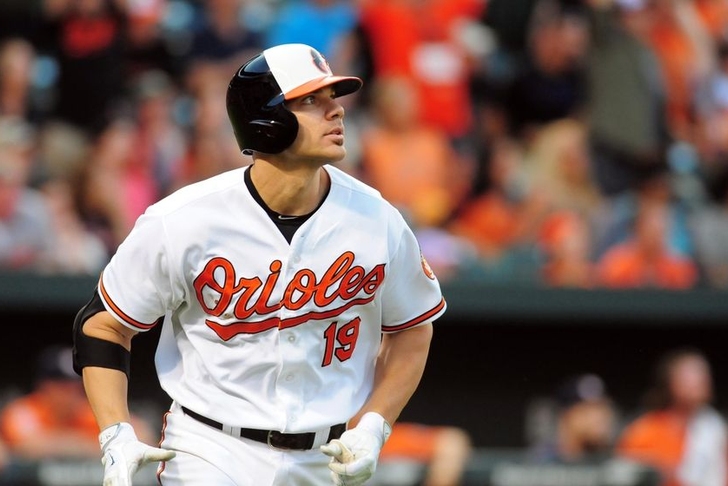 The Baltimore Orioles have been linked to several of the big names that figure to be available at the trade deadline, most notably Cincinnati Reds ace Johnny Cueto, but Fox Sports' Jon Morosi reports that the Orioles could be sellers instead of buyers:

Baltimore is seven games back in the AL East, and are 4.5 games out of the final wild card spot as of the morning of July 24.

While they certainly aren't out of contention, Fox Sports' Ken Rosenthal points to the Orioles' weak farm system - ranked 29th in the league - and the impending free agency of three key players as reasons to sell now: