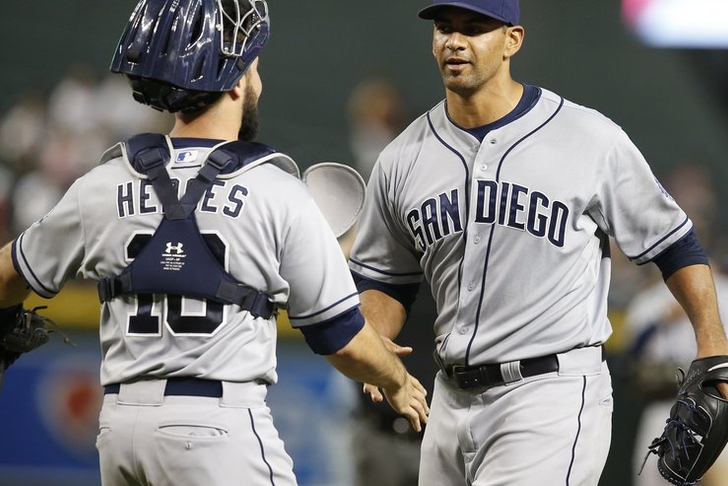 The Baltimore Orioles will be one of the more interesting teams to watch heading into July 31st's MLB Trade Deadline -- especially with GM Dan Duquette's history of pulling off creative deals both via trade and free agency. With that being said, here's 2 Orioles Trade Rumors You Need To Know For July 23rd.

A couple days ago, rumors came to the surface which connected the Orioles with Padres slugger Justin Upton in a potentially big-time trade scenario.

However, a pre-deadline swap with the Padres could very provide even more fireworks than that.

The Orioles have been dangling Kevin Gausman for just under a week, so it makes sense that they'd target Padres RHP Tyson Ross -- a righty with front-of-the-rotation stuff who struggles with command at times, but is an overpowering strikeout threat at his best.

It's all high-level speculation at this point, but stay tuned.

Bud Norris On The Block?

Orioles starter/bridge reliever Bud Norris' time in Baltimore may very well be coming to an end, provided the O's can find a taker for him on the trade market. Per Ken Rosenthal of FOX Sports:

Norris was moved to the bullpen following a June 29th loss in which he gave up five earned runs to the Texas Rangers in six innings, making five out of 11 stars where Norris has given up four earned runs or more.