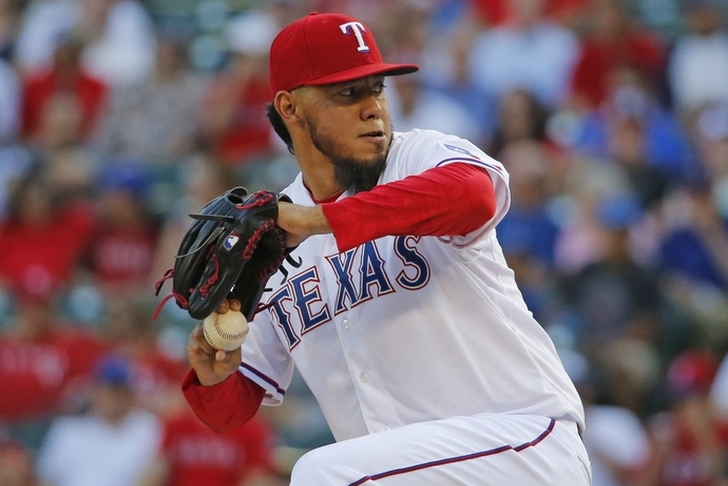 The Baltimore Orioles have landed starting pitcher Yovani Gallardo, the pitcher the team has been working to land for several weeks now. CBS' Jon Heyman broke the news Saturday night in a tweet. The deal is contingent on Gallardo passing a physical, which shouldn't be an issue for Gallardo.

It's a three-year, $35 million deal for Gallardo, the best free agent pitcher left on the market. The deal also includes an option for a fourth year. Some of the money is deferred, although the exact amount is not known yet. For more Orioles coverage, download the Chat Sports Android and iPhone app.

Gallardo spent last season with the Texas Rangers, after spending his first eight years with the Milwaukee Brewers. Gallardo posted a 13-11 record last year, with a career-best 3.42 ERA. The 29-year old righty has posted a 3.66 ERA and 1.31 WHIP during his career .

The move will result in the Orioles losing their first round pick, No. 14 overall, in the next MLB Draft. But, Gallardo will help the team replace Wei-Yin Chen, who signed with the Miami Marlins.

Baltimore might not done making moves yet, as they've been linked to outfielders like Dexter Fowler and Jay Bruce. The team would lose the No. 28 overall pick if it signs Fowler. Bruce would come via a trade, with the Cincinnati Reds likely getting prospects in return.