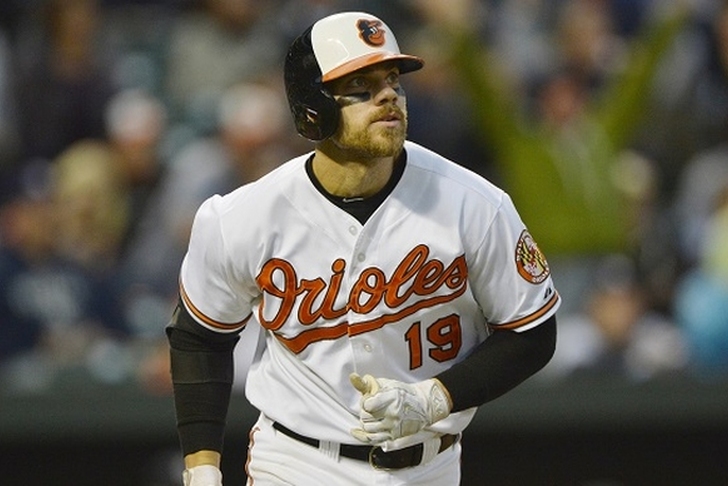 The Baltimore Orioles signed several big names late in the offseason, headlined by pitcher Yovani Gallardo, but their biggest move may have been re-signing slugger Chris Davis to a seven-year, $161 million deal.

Baltimore narrowly missed out on the playoffs last year after surprisingly winning the AL East in 2014 and making the NLCS, but Davis thinks the pieces they've added will push them back in the playoff race again this year.

“I’m really excited,” Davis said, via the Baltimore Sun. “I think really the last few weeks everything has kind of come together. Obviously, with the moves we made at the beginning of the offseason, it was looking good. And then after Darren signed and I signed, it was like, ‘OK, we’re starting to move in the right direction.’ And really the last few weeks before getting ready to come out here, I just felt like we were so much more of a complete ballclub. There were times last year where we really showed what we were capable of, but we just could never push through that wall and get out from behind the eight-ball. I think we have a really complete club this year and I’m excited to get started.

"I really like the options that we have. There’s no doubt we have a lot of power in the lineup, but we have a lot of versatility. I think a lot of it is just going to be run production. I think we’re going to have the ability to score six or seven runs on any given night, have the opportunity to drive each other in.”

The Orioles finished third in the AL East last year with a 81-81 record, behind the Blue Jays and Yankees.