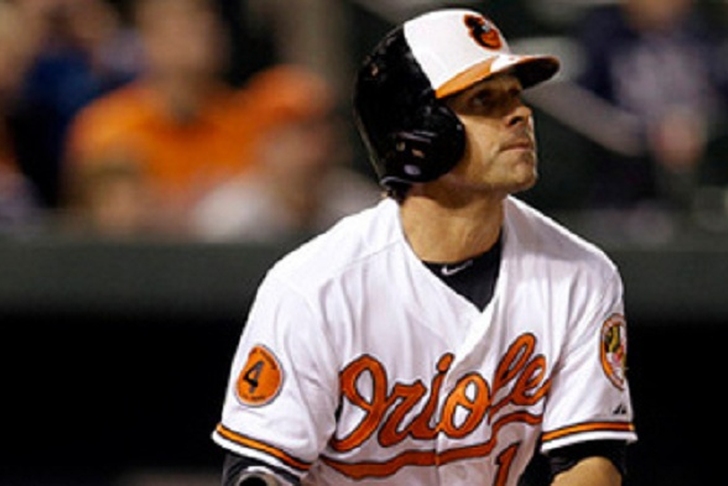 After staying fairly quiet for the most part of free agency, the Baltimore Orioles were linked to three noteworthy moves last week. And upon first glance, it appears that the Baltimore ballclub took significant losses as a result of all three.

The Yankees signed former Oriole second baseman Brian Roberts, the Orioles traded Danny Valencia to the Kansas City Royals, and the team decided to retract its offer to closer Grant Balfour after his physical revealed some concerning arm trouble.

But all initial disappointment in these moves needs to be cast aside; because all three are beneficial to the Orioles in one way or another.

With the Roberts-Yankees signing, it is a bit sad to see the lifetime Oriole leaving to dawn another uniform... let alone pinstripes (Really B-Rob? The Yankees? Of all teams, the Yankees? Really?). Nevertheless, the Bronx Bombers signed the 36-year-old to a one-year/$2 million deal.

And when Roberts has found a way to put himself back together again and take the field during that span, his numbers have been less than remarkable. Roberts has a sub-.250 average over the past four seasons to go along with just 33 doubles and 22 stolen bases. To put that in perspective, Roberts has surpassed this four-year doubles total of 33 in one single season six times, and has tallied more than 22 stolen bases in seven separate seasons as well.

The Orioles actually owe the Yankees a thank you for paying Roberts $2 million, because Baltimore certainly would have eventually paid him more to return in 2014 and justify it by claiming that it's compensation for his years of service to the team. Now, the Orioles have that money to spend to truly make the team better, no longer have to concern themselves with Roberts' injuries, and can finally move onto finding the answer at second base.

As far as the Valencia trade goes, the initial thought is "Why?" The Orioles traded desginated hitter and corner infielder Danny Valencia to the Kansas City Royals for up-and-coming outfielder David Lough. While Lough made a considerable impression with the Royals in his rookie year in 2013, and has potential to play a part in the Orioles outfield in 2014 and beyond, trading Valencia caused many Orioles fans to scratch their heads.

After Baltimore DHs put up abysmal numbers for the majority of 2013, Valencia provided a much needed spark to the O's lineup when inserted into that spot down the stretch. He posted a .304 average and added eight home runs and 14 doubles in 2013. His calling card was bashing lefties, though, as he hit an impressive .371 against southpaws last year.

All that being said, a big question arises: After suffering from a year of dreadful DH numbers, why trade away the player that was by far your best candidate for next season?

What this trade tells me is that executive vice president of baseball operations Dan Duquette and the Orioles expect to add a better bat to plug into the DH role. It's hard to imagine that Duquette would move his probable Opening Day starter in Valencia if he wasn't confident that the team is going to add a more viable option. That's promising news for the Orioles.

And then there's the falling out with Grant Balfour. Baltimore agreed to a 2-year/$15 million deal with the soon-to-be 36-year-old closer, pending a physical. 99 times out of 100, the last three words of that statement is just a formality and goes unnoticed. But in this case, it was an all-important detail for the Orioles. Upon completion of his physical, the club had concerns with Balfour's results, and withdrew the deal before officially signing the right hander.

While the Orioles have lost out on a former All-Star closer, it may turn out to be a blessing in disguise. The team has reportedly turned its attention to another All-Star: former Tampa Bay Rays closer Fernando Rodney.

total in the past two seasons, compared to just 62 for Balfour (In fact, only former Oriole Jim Johnson and Craig Kimbrel had more saves than Rodney over the past two seasons.). And Rodney's recent closing success has come in the American League East, which must be a major factor in the Orioles' interest.

If the O's can get Rodney for a price similar to Balfour's, they'll be even better off. In fact, all three of these developments will most likely leave the Orioles in a better place for 2014.