Why Manny Machado's return is even more important than you think 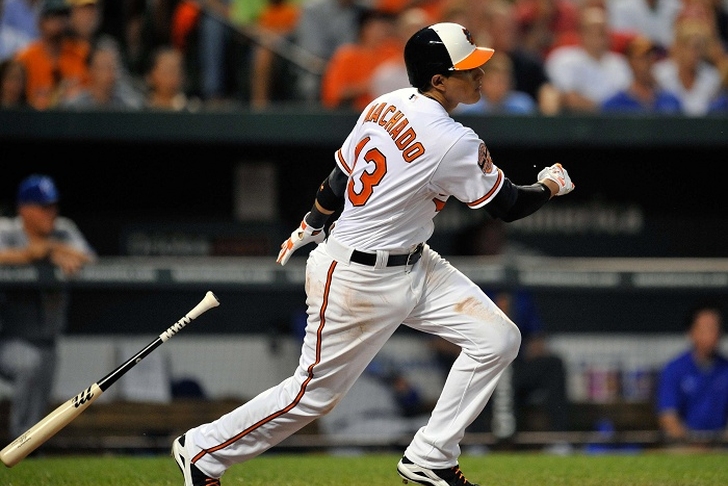 Orioles' All-Star third baseman Manny Machado is expected to be activated from the disabled list and play tonight against the Pirates, if the weather permits. After suffering a setback in spring training involving the left knee he injured in September and had surgery on in October, Machado completed a brief rehab assignment before returning to Baltimore.

It goes without saying that the man who last season won both the AL Gold Glove at third base and the AL Platinum Glove, an award given to the best overall defensive player in the league, would be a huge addition to the team upon his return.

Everyone in Baltimore knew that Machado would be missed once the news broke that he wouldn't be ready to go at the start of the season. But is it safe to say that no one realized just how much he would be missed?

Machado's absence has left both the Orioles' defense and lineup considerably lacking, perhaps more so than anyone would've thought.

While Machado has been out, Ryan Flaherty and Jonathan Schoop have seen time at third base. Coming into the spring, they were considered the two top options at second base for the O's, but they've instead been asked to play at third on-and-off while Steve Lombardozzi has split time with Schoop at second.

Through 24 games, Flaherty and Schoop have a combined five errors at third base. On top of the statistical faults, the two have simply left little to be desired at the hot corner, especially compared to the defensive wizard that Machado has established himself as.

The smart move would be for the club to send Ryan Flaherty to Triple-A once Machado returns (Unless they keep him as an option at first base while Chris Davis is on the DL). Schoop is having a much better year at the plate than Flaherty so far, hitting .241 with two home runs, seven doubles and 10 RBIs, compared to Flaherty's .188 average, zero home runs and three RBIs.

And Lombardozzi has definitively earned his spot on the club, sporting the fifth highest batting average on the team. Once Machado comes back and is playing third base every day, Lombardozzi and Schoop can split time at second base, while Flaherty figures out how to become a better hitter in the minors.

The O's lineup will get a huge boost from Machado's return as well, as his presence brings a sense of stability that has been missing.

To this point, five different players have batted in the second spot of the lineup, the spot which Machado thrived in last year, and should take over once again this season. His return to that spot in the lineup will allow others who have been shuffled around in the lineup to get comfortable batting in a certain spot.

Nelson Cruz, who has seen more games in the #2 hole than anyone for Baltimore this season, belongs in the heart of the order. Nick Markakis can focus on batting leadoff, and guys like J.J. Hardy and Delmon Young will be able to make the middle of the lineup even deeper.

Machado is perhaps the biggest individual piece of the Orioles' future, but he is just as essential to the team's success in the here and now.