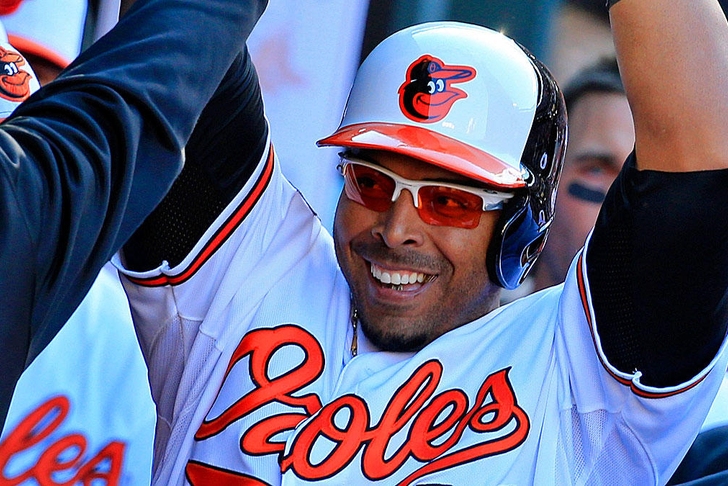 The second-place Baltimore Orioles look to gain ground on the AL East-leading Toronto Blue Jays, as a O's host the Jays for a four-game series starting on Thursday night.

The Blue Jays currently sit 4.5 game ahead of the Orioles, despite losing four of their last five to the St. Louis Cardinals and Minnesota Twins.

Baltimore hasn't been able to take full advantage of Toronto's recent skid, however, as the O's have been plagued by spotty production offensively during a 3-4 stretch this past week.

Toronto's bats have gone completely dormant over their past five games, with the AL East-leading Blue Jays having scratched just seven runs across the plate during a humbling 1-4 stretch.

"We need to get the bats going," manager John Gibbons said before Wednesday's game with the Twins, via Jamie Ross of MLB.com. "Let's face it. You gotta score to win. We're that kind of team, that's how we're built."

The Blue Jays' players didn't seem to get the memo on Wednesday, however, mustering just two runs and going just 3-for-13 with runners in scoring position in a 7-2 loss to Minnesota.

The Jays look to take advantage of an inconsistent Orioles starting rotation these next four games in order to get the sticks back and swinging like they have been all season.

After finding himself in the headlines for all the wrong reasons due to the now-infamous bat throwing incident on Sunday against the Oakland A's, Orioles third baseman Manny Machado had some questions to answer from his teammates prior to the team's series opener against the Boston Red Sox.

When asked if other Orioles players were angry with him for his actions, Machado asserted to reporters that they weren't.

"You know what? Not really," Machado said, via Todd Karpovich of Yahoo! Sports. "Obviously in situations like that, you get mad at not the situation but how it happened. We're all on the same page now. They all have my back and that's the only thing that matters. From now all, we will learn how deal with it in different ways and how to approach it."

Machado received a five-game suspension and an undisclosed fine on Tuesday from Major League Baseball for his role in the fracas. He is currently appealing said suspension, keeping him on the field until further notice.

Buehrle is on pace to shatter his career-best ERA mark for a season (3.12 in 2005), and is already assured of his fourteenth-straight season with double-digit wins with just over two months gone in the 2014 season.

What They're Saying About the Blue Jays: