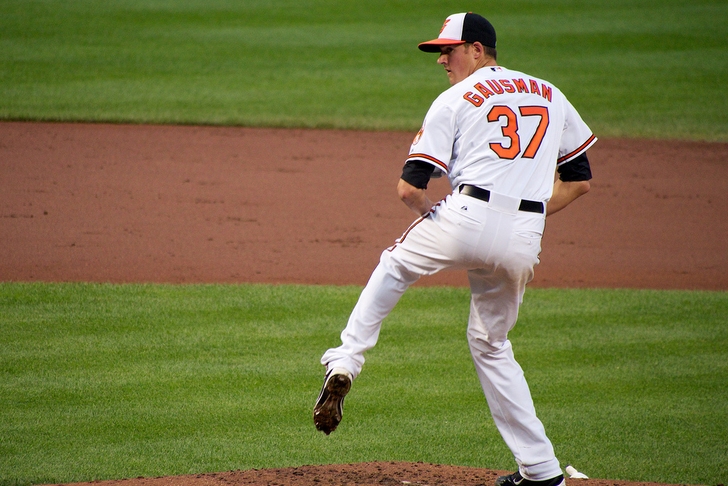 The Orioles news cycle received a bit of a shock on Friday night, as well-regarded starting picher Kevin Gausman was optioned to Triple-A Norfolk.

According to Stephen Pianovich of MLB.com, Gausman was sent down to Norfolk after the Yankees' 5-3 comeback victory over the O's - despite the fact that he has earned three victories in his past four outings.

The 23-year-old righty posted a 2.74 ERA in four starts this year, giving up just 20 hits in 23 innings while striking out 16 batters. He also appeared in 20 games for the Orioles last year, and his demotion has been met with a host of criticism and quizzical responses from O's beat writers and fans on social media.

Per Pianovich, "though no corresponding move was immediately announced, it's likely the Orioles moved Gausman for bullpen help, as they have been working with a six-man rotation."

Regardless, Gausman's last outing was a gem as he pitched six scoreless innings and struck out five to help lead the O's to a 2-0 victory over the Rays on Wednesday.