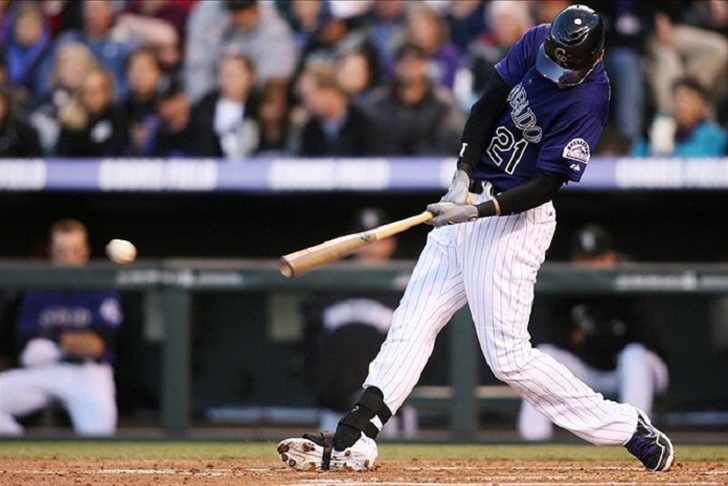 These three will be thrown into competition for roster spots, as any of the three could fill one of the holes currently on the ball club.

Young, a former #1 overall pick of the Tampa Bay organization in 2003, hit for .260 and 11 home runs in 2013 for the Phillies and Rays. While Young is not in the best shape, he would not likely be an everyday player for the Orioles. Young could find himself as a DH against left-handers, with a spot start in left field every once in a while.

Aceves has spent his career as a long reliever and spot starter for the Yankees and Red Sox, and could be an important piece at some point during the season. Whether or not he starts the year on the Major League roster, Aceves could become a reliable option to eat innings out of the bullpen, make a start or two in light of an injury, or give a starter an extra day's rest down the stretch.

Tyler Colvin possesses the most upside of the three signees, as the outfielder (who also has experience at first base) is only 28 years old. He had a solid 2012 season with the Rockies, but ended the year injured. He spent most of 2013 succeeding in Triple-A, but struggled when called up to the Majors. Colvin could potentially provide left-handed depth off the bench in the left field if he can prove that he can play consistently at the Major-League level.

None of these three signings are game-changing moves, but they could play a significant part in the Orioles' 2014 season. In the end, there are still more moves to be made, and more players to be acquired. The question is, will the Baltimore Orioles jump in on any big names?