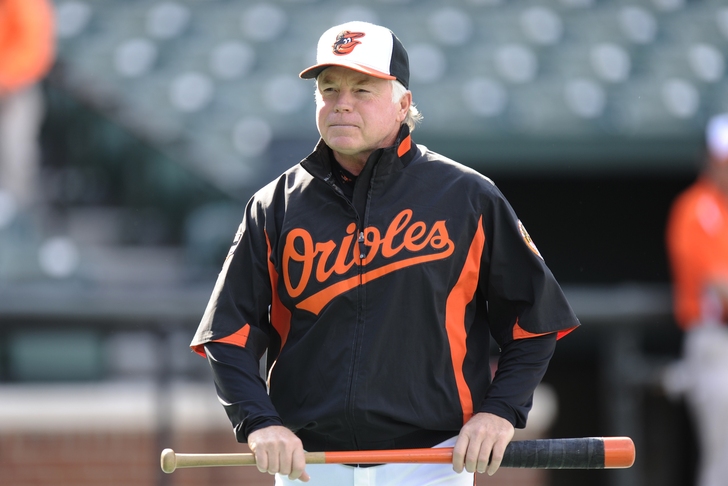 In this Orioles trade rumors and news update, Baltimore Orioles manager Buck Showalter is taking a very measured approach to the marketplace before the July 31st non-waiver trade deadline.

According to Eduardo A. Encina of the Baltimore Sun, Showalter has only had one particular trade target brought up to him in conversation (not mentioned), but he's more worried about what a potential deal could cost the team as it stands today.

“There’s two thoughts about it,” Showalter said on Monday, via Encina's article. “There’s also how did we get there? You want to take those people away in order to keep doing it? Oh yeah, I’d trade for Joe All-Star, but you’re gonna take away [an existing piece], and it [will] not be here next year or the year beyond. I think we’ve got a good grip of who we are and who we’re not.”

Showalter remains in constant contact with team executive vice president Dan Duqette, who seems to share the same cautious stance that the veteran manager has on seeking out trades.

“It just depends on the day,” Showalter said. “Today we talked about something, not a player. I think he’d brought up one player’s name to me, but I think Dan’s in tune and wired to everything that might be out there and, more importantly, the cost to get it."

"What’s the price, not only financially, but I think more importantly, the way we look at it, what it takes away from us — here or below [in the minor leagues].”