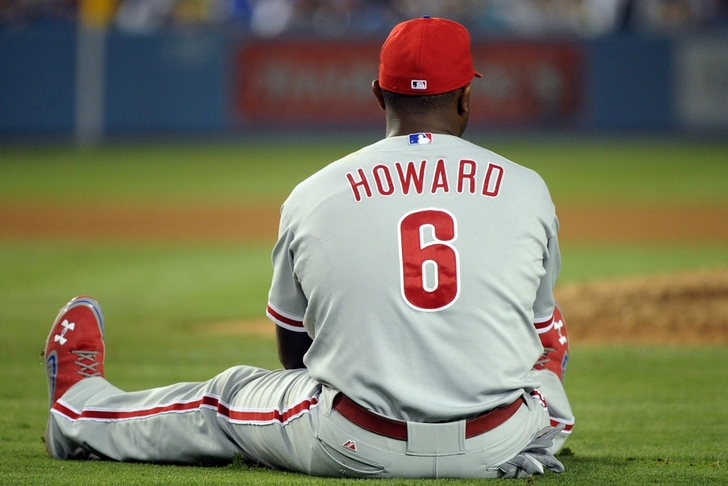 The Baltimore Orioles' trade talks with the Philadelphia Phillies regarding outfielder Marlon Byrd hit a snag it appears when Philly attempted to include Ryan Howard in a prospective deal.

According to Bill Baer of NBC’s Hardball Talk, “MASN’s Roch Kubatko notes that when the Phillies discussed a potential Byrd trade with the Orioles, they tried to attach Howard in the deal as well.”

Howard struggled horribly in 2014, and is still owed around $60 million through 2016. In order for the Phillies to trade him, especially to the Orioles, they'd likely have to eat the majority of that money.

Byrd, 37, is currently under contract for just the 2015 season at $8 million, but his current deal sports a 2016 option that can become guaranteed at the same price tag if he has 550 plate appearances or more in 2015.