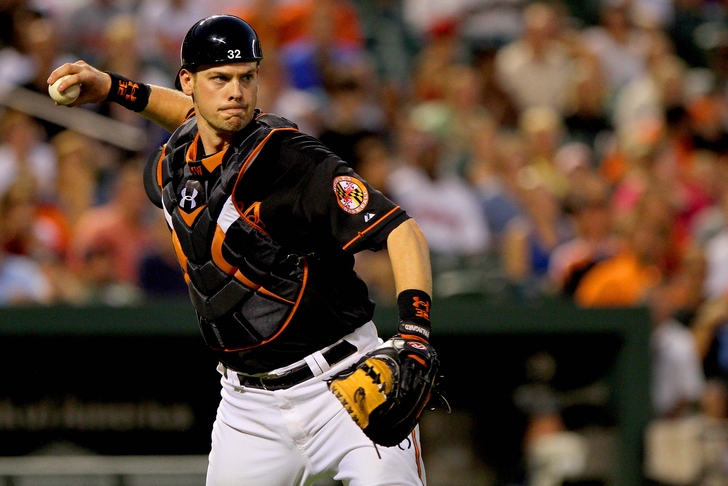 Baltimore Orioles catcher Matt Wieters is still recovering from Tommy John surgery, but agent Scott Boras says he should be good to go by Opening Day, per a report by Nick Cafardo of the Boston Globe:

Wieters had the surgery back in mid-June after elbow discomfort landed him on the disabled list on May 11th. Before being shut down for the year, Wieters was tearing it up with a 308/.339/.500 slash line to go with five home runs and 18 RBIs in about a month's worth of work.

The 28-year-old catcher told members of the press that he had experienced elbow pain after a throw to second base on April 20th, and the pain remained present until he ultimately had Tommy John surgery less than two months later.

If for some reason Wieters can't answer the bell on Opening Day, Caleb Joseph and Steve Clevenger are the current listed options to start, with the team also expressing interest in bringing back Nick Hundley.