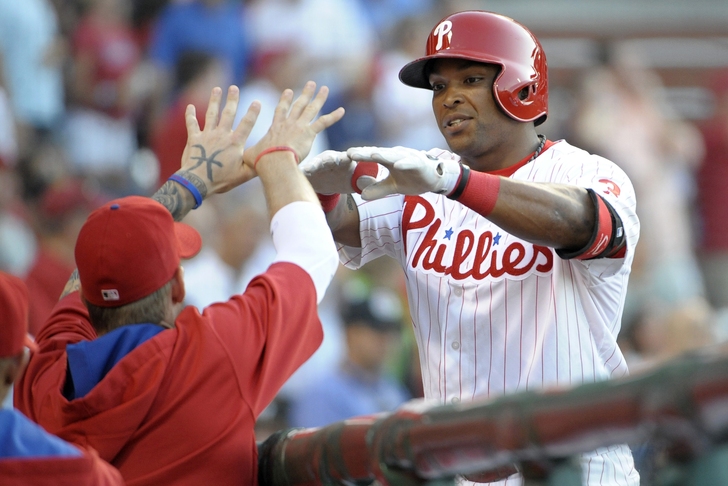 The Baltimore Orioles are in the market for an impact bat this offseason with the departure of Nelson Cruz via free agency. If the Orioles decide to look to the trade market to find said bat, they could end up stopping their search with Philadelphia Phillies outfielder Marlon Byrd.

If the #Orioles turn to the trade market to fill their need for a bat, #Phillies OF Marlon Byrd is a name on their radar screen, sources say

According to Joel Sherman of the New York Post, there's a "strong possibility" that Byrd is dealt prior to Opening Day of the 2015 MLB season. The Orioles appear to be a logical destination based both on need and the relative bargain that his current contract presents (he has two years left at $8 million apiece).

To put that into perspective, Nelson Cruz made $8 million during his breakout 2014 campaign with the team before picking up a raise in free agency with the Seattle Mariners.