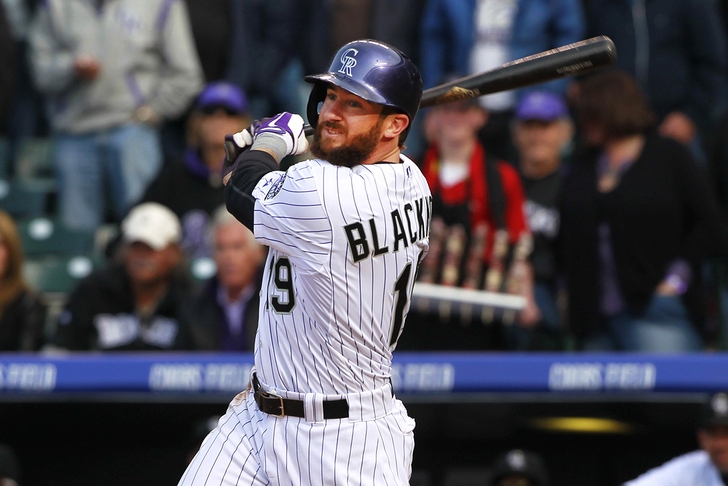 The Colorado Rockies have made speedy outfielder Charlie Blackmon available in trade talks, and the Baltimore Orioles could be one team with interest with potential interest in the 28-year-old.

As Rant Sports' Brad Faber points out, "although Baltimore continues to be linked to free agent Colby Rasmus and has reportedly entertained the thought of trading for Andre Ethier, Blackmon may be the best fit of all. While Rasmus and Ethier are each coming off of rather unimpressive seasons, Blackmon, on the other hand, had a breakout year in 2014."

With Nelson Cruz and Nick Markakis having walked in free agency, and continued questions surrounding Chris Davis and the health of Manny Machado and Matt Wieters, the Orioles could use a bat like Blackmon's in the lineup.

In 2014, Blackmon posted a .288/.335/.440 slash line with 19 home runs, 72 RBIs and 28 stolen bases in 154 games (a career high). While some of his power numbers may be inflated due to playing half his games at Coors Field, he's still a relatively cost-effective All-Star bat who could have an immediate impact for the O's.