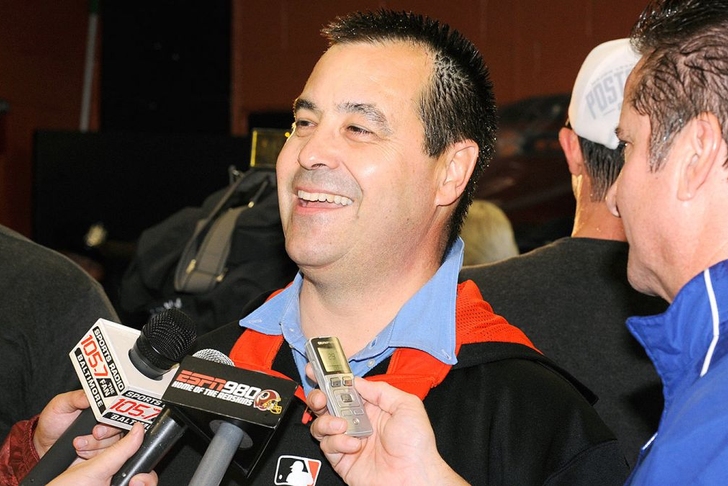 Baltimore Orioles owner Peter Angelos has come out and denied a Detroit News report that the Toronto Blue Jays are nearing a trade for Orioles executive vice president and general manager Dan Duquette.

Angelos told the Baltimore Sun that the Blue Jays have expressed interest in bringing Duquette north of the border, but that the Orioles are "not negotiating with them in any way."

"That is not going to happen. There have not been any changes in the status of Dan Duquette. He is our GM and he is going to remain our GM,” Angelos said. "He is concentrating on his efforts to determine the composition of our team for 2015. That is the answer. Period."

FOX Sports' Ken Rosenthal reported on Wednesday that there is an "uncomfortable situation" afoot in Baltimore centered on Duquette's status with the team:

Duquette under contract with #Orioles through 2018. As I’ve previously reported, some O’s people want him to go. Uncomfortable situation.