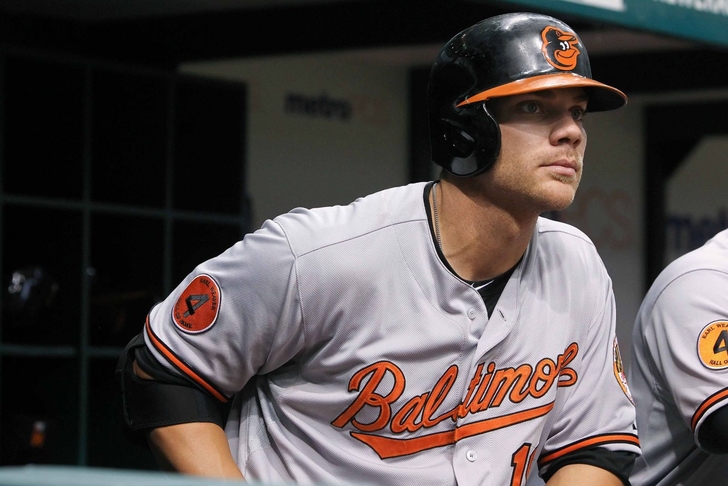 In Orioles news tonight, the Baltimore Orioles made a host of roster moves on Sunday to accommodate newly-acquired catcher Nick Hundley, formerly of the San Diego Padres.

Per the Orioles' official press release, "the Orioles today announced that CA NICK HUNDLEY has reported to the club, INF CHRIS DAVIS has been placed on the paternity list, RHP PRESTON GUILMET has been recalled from Triple-A Norfolk and INF STEVE LOMBARDOZZI has been optioned to Norfolk."

Chris Davis' wife Jill gave birth to the couple's first child on Sunday. Davis missed today's game and is expected to miss Monday's series opener with the Milwaukee Brewers before rejoining the team.

The 26-year-old Guilmet has three appearances with the Orioles already in 2014, posting four scoreless innings with four strikeouts. He went a season-high 2 1/3 innings on Friday against Cleveland, adding one strikeout.

Lombardozzi, acquired from the Washington Nationals via trade this offseason for Alex Gonzalez, has hit .288 (21-for-73) with 2 RBIs in twenty games so far for the O's.

Your Orioles news whenever and wherever you want it. Download our new Chat Sports iPhone app and follow our Orioles team page today.