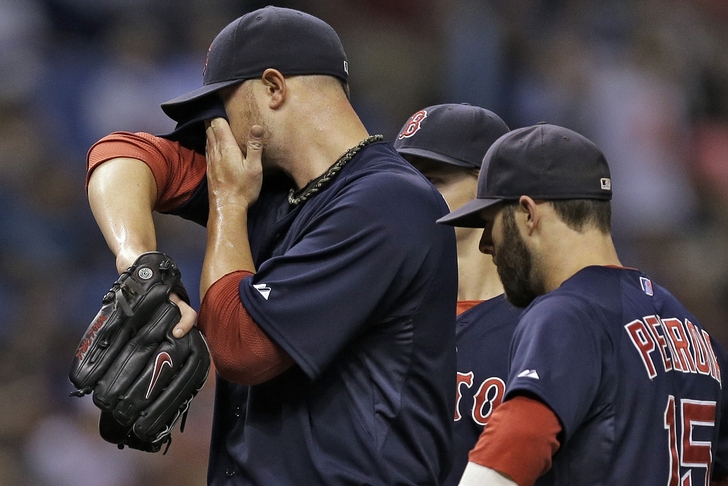 The Baltimore Orioles have reportedly been in serious trade discussions in the past 24 hours with the Boston Red Sox regarding Boston ace Jon Lester, per MLB.com.

However, according to Dan Connolly of the Baltimore Sun, two unnamed sources are indicating that the O's are out of the equation on Lester at the present time:

BTW, in making calls, two others weighed in on O's and Lester. One said: "Not going to happen." Another said: "Baltimore's not in." fwiw

Per multiple reports, the field has shifted dramatically for Lester over the past few hours. While the St. Louis Cardinals and Pittsburgh Pirates are both thought to still be in on the 30-year-old lefty, the Los Angeles Dodgers have been rumored to be looking elsewhere for rotation help - if at all.

Furthermore, the Miami Marlins (per Jon Morosi of FOX Sports 1) and Oakland Athletics (per Jeff Passan of Yahoo! Sports) are also said to be battling for position on Lester as the hours tick away before Thursday's non-waiver trade deadline.

The Orioles, however? It looks like they might have to look for a Plan B here in crunch time.

Follow our MLB league page for the latest from the MLB trade deadline!