Look on the bright side: 12 positive takeaways from the Orioles' empty-stadium win 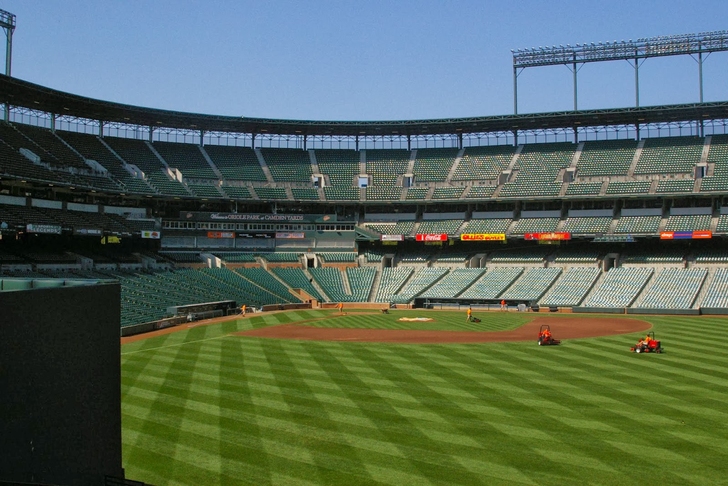 Everyone knows what's currently taking place in Baltimore. No one is trying to act like these protests, riots, acts of civil unrest, or whatever term you want to use aren't a big deal. But Scott Garceau said it best on 105.7 "The Fan:" When it comes to any kind of work in sports, we know we're in the toy department in the grand scheme of things. That being said, it's time to stop focusing on the negative and have some fun.

Before Wednesday, the lowest paid attendance in Orioles' franchise history came in 1972 when they hosted the Chicago White Sox in Memorial Stadium in front of just 655 fans. Wednesday afternoon, those two teams met again in Baltimore. But this time, the two competed in front of 655 less fans.

For the first time in Major League Baseball history, a regular-season game was played in front of 0 paid spectators. The Orioles-White Sox contest broke the previous professional record-low that was set back in 1882 when the Worchester Worchesters hosted a game in front of a grand total of six fans.

Were Wednesday's playing circumstances ideal? Of course not. However, the Orioles did win the game in impressive fashion, 8-2. And it's time to start looking at the bright side.

1) The Baltimore Orioles are now the only team in the history of Major League Baseball with a winning percentage of 1.000 in empty-stadium games. 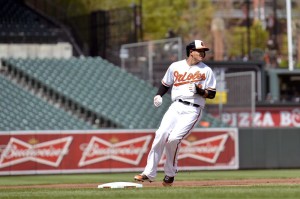 2) Manny Machado, who went 3 for 4 with a home run and a double in Wednesday's contest, has the highest batting average (.750) of any starting player in MLB history in games with 0 fans in attendance.

3) Wednesday's game marked the first time in professional baseball that more spectators watched the game live from hotel balconies than from the actual ballpark.

4) As great of a gesture as it is, no players had to exert energy signing any pregame autographs, which translated into a quick, solid start at the plate for the Birds.

5) The White Sox couldn't take the usual road-team approach of "take the crowd out of it," because, well, there was no crowd.

6)  There was absolutely no confusion when home-plate umpire Jerry Layne made a "Strike three!" call at the top of his lungs.

7) Coming into the game, we were assured there would be no instances of fan interference. 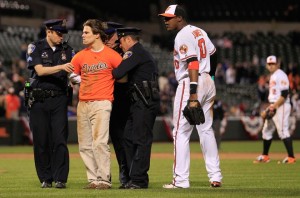 7b) Not to mention, there was no chance of a rowdy fan running onto the field and halting the game until officials restrained them (Which is probably a good thing, because most of Baltimore's police officers have their hands full at the moment...).

8) There weren't 30,000 city folk singing "Thank God I'm A Country Boy" during the 7th-inning stretch while in a stadium in the middle of a city.

9) No grown fan had to deal with the lose-lose situation of catching a foul ball and either caving in and giving it to a nearby kid or choosing to keep it for himself and being hated by the rest of his section for the remainder of the game.

10) Because of the Rays' inability to sell tickets to their home games and get people in the seats, there is the potential for three more empty-stadium games (or if not completely empty, pretty darn close). And if that's the case, which team has the experience advantage? That'd be the undefeated Orioles. 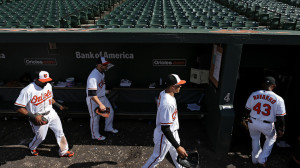 11)  After today's solid 8-2 Orioles win, I can promise you one thing: No fan left the ballpark disappointed.

12) The city of Baltimore saw the return of an institution vital to the heartbeat of the area: Orioles baseball.