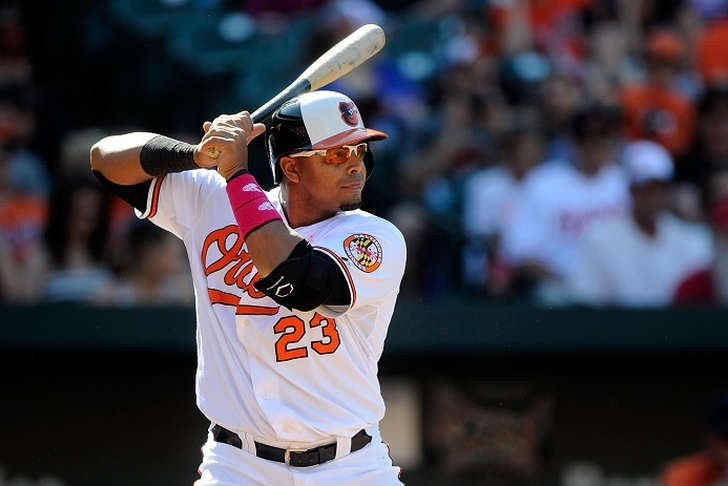 In a lineup that includes Chris Davis, Adam Jones, Manny Machado and a plethora of other all-star bats, who knew that a free agent that was signed just a month before the season started would be the Baltimore Orioles' most important hitter through the first two months of their 2014 campaign?

This has been the case with Nelson Cruz, who has not only been Baltimore's best bat all year to this point, but has also been an MVP-caliber player and a constant lifeline in an otherwise inconsistent lineup.

Through 58 games, the Orioles outfielder/designated hitter has a Major League-leading 21 home runs and 55 RBIs to go along with a team-high .313 batting average, 13 doubles and 42 runs.

The Orioles were hoping they'd be getting a solid middle-of-the-order bat when they signed Cruz to a one-year/$8-million contract in late February; little did they know he'd be giving them MVP-level production.

And while Cruz has been getting more national attention in recent weeks, it seems like he still isn't getting enough credit for his incredible two-month start- from Orioles fans and baseball spectators around the country alike.

The 33-year-old Dominican has been thrown into early-season American League MVP discussions, but it seems like Cruz's 2014 season-to-date is not drawing nearly as many awestruck glares at Chris Davis' 2013 season.

But not only should Orioles fans and baseball aficionados look at the two sluggers' impressive numbers side-by-side; how the team surrounding them performed should be considered as well.

Manny Machado was hurt for the first month of the season, and is batting just .238 since returning to the lineup. Chris Davis is hitting just .239 with eight home runs himself. Adam Jones has resorted to his Achilles' heel of chasing the down-and-away breaking ball, J.J. Hardy has yet to hit a home run this season, and Matt Wieters hasn't played in nearly a month.

So not only should Cruz receive praise for his monster numbers to this point, but also for just how vital his play has been to the Orioles' ability to stay competitive. The O's currently sit in second place in the AL East, 5.5 games back of the Toronto Blue Jays.

The Orioles lineup will be one to fear if they can all find a way to get their act together at the same time. But until that happens, Baltimore better hope Cruz can keep up this impressive pace.