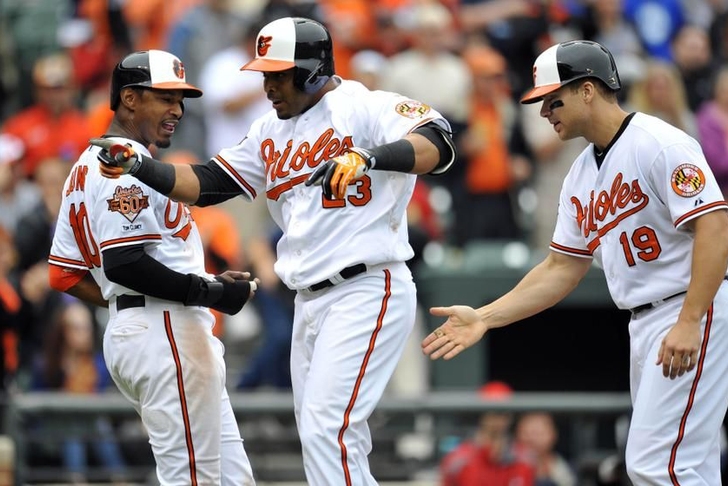 The Baltimore Orioles currently have the largest lead of any division leader in baseball, currently 7.5 games ahead in the AL East. So with their eyes now focused on a postseason push, some are skeptical that the team can compete with the onslaught of dominant starting pitching that will be on the mound for clubs like the Oakland Athletics and Detroit Tigers each and every day come October.

When the MLB trade deadline came and went July 31, the landscape of the entire league changed; especially the Junior Circuit. 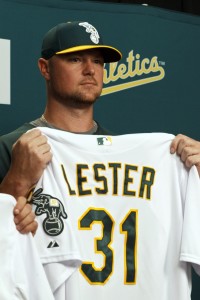 Two aces found themselves trading in their uniforms, and their new digs just happened to belong to the two consensus favorites to win the American League pennant: Jon Lester went to the team with the best record in baseball, the A's, and David Price was traded from Tampa Bay to last year's ALCS loser, the Tigers.

Both of moves opened eyes, as the two American League powerhouses (with great starting pitching already) now each added an ace to the top of their rotation. Thus, two "super rotations" were born, and the A's and Tigers each had a three-headed monster of starting pitching to carry them through the postseason.

Oakland sends Lester, Jeff Samardzija and Sonny Gray to the mound every fifth day, and Detroit has the last three AL Cy Young winners at the top of it's rotation, featuring Price, Max Scherzer and Justin Verlander.

Many consider those two clubs the clear-cut favorites to win the American League, but the Orioles may have something to say about that. Baltimore has the best record in the Major Leagues since May 31 at 43-23.

And while their offense has been bashing the ball all year long, the pitching staff has been what's made the biggest difference in the Orioles' recent success. Since June 17, the O's have a solid 3.03 ERA, and have given up almost one earned run per game less during that stretch than they were in games before June 17.

But the question remains, can the Orioles compete with the dynamic rotations that stand between them and a trip to the World Series? 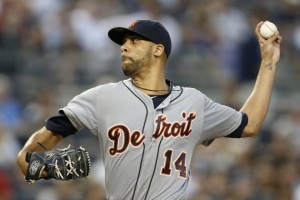 Baltimore has faced Lester, Samardzija, Gray, Price, and Verlander a combined total of eight times this season (They've yet to face Scherzer.). In those eight games, only two of the starters beat the Orioles, and the Orioles went 4-2 in games in which the opposing starter factored into the decision.

The only starter on that list that the O's haven't beaten this year is Samardzija, and the only thing that kept Baltimore from a win against him was a Josh Donaldson walk-off home run.

But perhaps the biggest reason why the Orioles offense should be confident that they can compete with and beat these two intimidating starting staffs is because they arguably have the most complete, well-rounded team of the three.

The A's went into the trade deadline with both the best record and best offense in baseball. But in order to get Lester, they decided to trade away their cleanup hitter Yoenis Cespedes. But they've gone 7-7 since the trade, and have scored just three runs or less in 10 of those 14 games.

Since the July 31 trade deadline, seven American League teams have scored more runs than Oakland; one of them being the Orioles, who have scored the most in baseball in that time. And in that span, Baltimore also has the second-best batting average in the majors (.285). The A's are batting .234, which is 11th out of 15 American League teams, and ranks 22nd in the majors.

As far as the Tigers are concerned, their bullpen has been their Achilles' heel. Detroit's bullpen has the second-worst opponent batting average (.275) and fourth-highest ERA (4.39) in baseball. 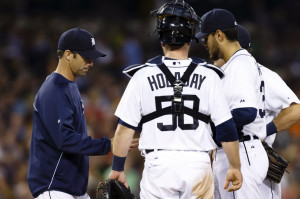 The Tigers acquired Joakim Soria in hopes that he would help solidify the bullpen, but that hasn't been the case. Since trading for Soria, Detroit has gone just 8-12. And in those 12 losses, the bullpen gave up seven leads when handed the ball with their team either winning or tied.

The Orioles seem not only poised to compete with these teams, but to be a legitimate threat to their Fall Classic aspirations.

Baltimore has an offense that leads the league in home runs this season and is scoring over 5.5 runs per game in August. Their pitching staff has an ERA just above 3.00 since mid-June that features Chris Tillman, Wei-Yin Chen, Kevin Gausman and Bud Norris all pitching superb down the stretch. Their bullpen has the fourth-best ERA in the American League, and set-up man Darren O'Day and closer Zack Britton have shut the door at the end of games, posting a 1.33 combined ERA.

And if all of that doesn't quite convince you, we can talk about the Orioles defense, which has the highest fielding percentage in all of baseball.

I think it's safe to say he Orioles can compete with these teams and conquer these "super rotations."

But even if they can make it through the gauntlet of Detroit and Oakland, the fight won't stop there. There will most likely be a third three-headed monster from Los Angeles waiting for them in the World Series.