Can anyone tell me why Chris Davis didn't win the American League MVP? 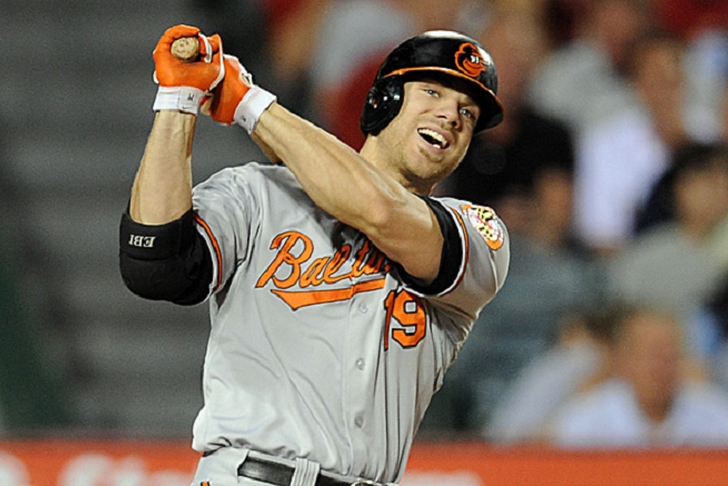 Wait a second... Chris Davis didn't win the Most Valuable Player Award in the American League?

Wait a second... Miguel Cabrera won it instead??

Wait a second... Davis only got one first place vote? Out of 30 voters?

I want to know what the Baseball Writers who casted ballots were thinking. Only one of them thought that Davis was the best player in the American League this season? Davis got the same amount of first-place votes as Oakland Athletic Josh Donaldson... That's just preposterous.

Davis was the MLB leader in two of the three triple crown categories, leading in home runs (53) and RBIs (138), as well as total bases (370). The Baltimore Orioles first baseman also led the Majors with 96 extra-base hits, besting Trout's (who had the second-most in the league) total by 21 and Cabrera's total by 25.

The Orioles slugger without a doubt had a historical season, becoming just the third player in the history of Major League Baseball to hit 50 or more home runs and 40 or more doubles in the same season (Babe Ruth and Albert Belle). Coincidentally, none of the three were awarded an MVP award that season.

Those who support Cabrera point to his league-leading batting average (.348), on-base percentage (.442) and slugging percentage (.636) as ample evidence that he was the best player in the American League. But these numbers are based on percentages; percentages that would've most likely decreased if Cabrera would've gotten the at-bats that he forego in games he missed due to his nagging injuries. Not to mention, being protected by slugger Prince Fielder in the lineup doesn't hurt those percentages either.

With that being said, Davis still finished with a slugging percentage (.634) just .002 off of Cabrera's mark, a .370 on-base percentage and a .286 batting average, which is much higher than the norm for a home-run champion.

The one distinction that should've given Davis the edge over Cabrera is something that usually isn't talked about much when it comes to MVP voting: The defense.

I know Cabrera, the now back-to-back AL MVP, won the triple crown last year; and don't get me wrong, he had another monster season this year. But it looks as if voters chose to side with the marquee name rather than the true best player in the American League this year.

Oh, and I would love to talk personally to the writer that decided to give Chris Davis a 7th-place vote...