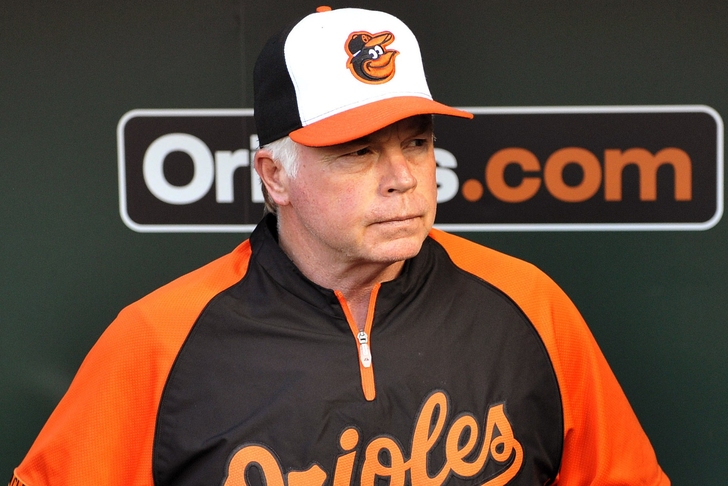 Buck Showalter of the Baltimore Orioles has been named 2014 AL Manager of the Year.

Showalter's Orioles went 96-66 on the year, eventually falling to the Kansas City Royals in the ALCS. Showalter received 25 first-place votes from the Baseball Writers Association of America, with Mike Sciosia of the Los Angeles Angels coming in second and Ned Yost of the Royals finishing third.

This is Showalter's third AL Manager of the Year award - he took home the honors previously in 1994 and 2004. The Orioles ultimately finished the regular season with a 12-game lead over the second-place Yankees in the AL East. Baltimore's +112 run differential was good for fourth in Major League Baseball.