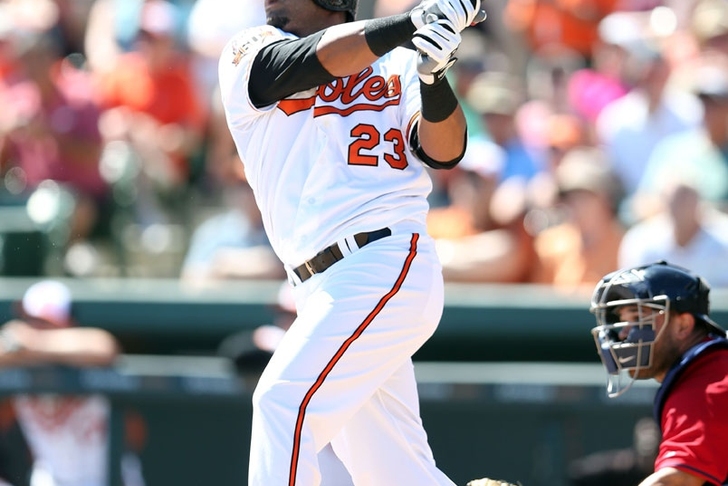 O's slugger Nelson Cruz makes his first trip back to Arlington as an opposing player beginning on Tuesday, as the Baltimore Orioles visit the Texas Rangers for a three-game set.

The injury-plagued Texas Rangers finished up a lengthy 11-game road trip at 7-4, heading back home six games behind the A.L. West-leading Oakland A's.

Baltimore is 3-4 on their current 10-game road swing, looking to close the 4.5 game gap between them and the division-leading Toronto Blue Jays.

The unbalanced schedule's biggest road victim? The Baltimore Orioles, who after this series will have played 35 road games against 23 home contests - good for most road games played in the MLB.

With injuries and bad luck seemingly conspiring against the Texas Rangers all season long,  an 11-game road trip (their longest of the season) leaves a depleted Rangers squad happy for a day of rest on Monday.

"It feels like we have been on the road for a month, especially with all these day games," shortstop Elvis Andrus said, via FOX Sports. "It has been tough. I'm happy we're going home."

The Rangers did well for themselves winning seven of eleven during stops in Detroit, Minnesota, and Washington.

However, despite that success, they're more than happy to sleep in their own beds for the next week and a half.

After declining a lucrative $14.1 million qualifying offer to return to the Texas Rangers in the wake of his purported role in the Biogenesis scandal, Nelson Cruz couldn't find another deal close to that on the open market - signing with the Orioles at a major discount (one-year, $8 million).

If you think that still bothers Cruz, think again.

"If you could read the future, yeah, you would probably take the qualifying offer," Cruz told the team's official website, via FOX Sports. "But it's something that you risk and you trust your instincts. In this case, it wasn't what I expected. But I'm happy with my decision and happy with where I am now."

Nelson Cruz's status for Tuesday's opener is uncertain due to a bruised left hand, but expect a very mixed reaction when he finally does step in the batter's box as a member of the enemy.

Injuries aside, both the Texas Rangers and Baltimore Orioles sport lineups capable of turning this series between battered pitching staffs into a shootout of epic proportions.

However, aside from Nelson Cruz's 20 HR, no player on either team's active roster has more than six home runs in 2014.

So, if this turns into a series full of offensive fireworks - be prepared for a ton of doubles as Texas has five players with double-digit two-baggers while Baltimore has four.

What they are saying about the Rangers:

What they are saying about the Orioles: