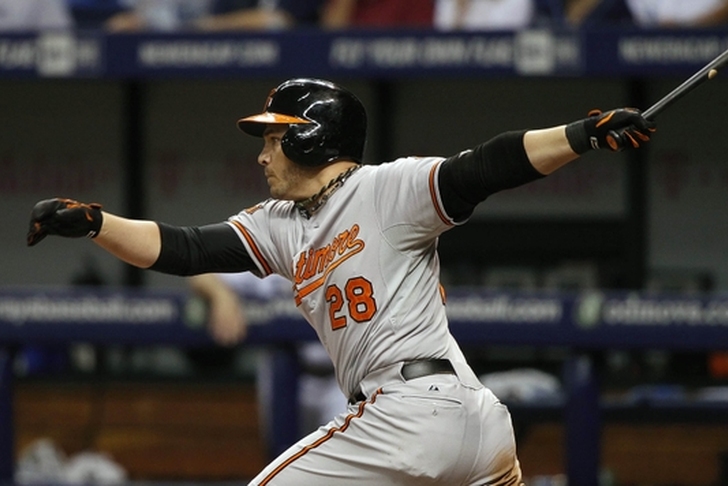 Major League Baseball's All-Star Game is now just over one week away, and the showcase on July 15 will bring the league's best and brightest stars together to decide home-field advantage in the World Series.

The starting lineups as voted by the fans are set to be revealed Sunday, so the conversations about who should be included in the All-Star festivities are front and center in the baseball world. Multiple Orioles, including Nelson Cruz and Adam Jones, are in the mix for starting roles or spots as reserves on the American League squad. But what about other O's that are having an All-Star impact this season for Baltimore?

While these Orioles probably won't be playing in the Midsummer Classic in Minneapolis, they've played crucial roles for the team atop the AL East as of July 3. 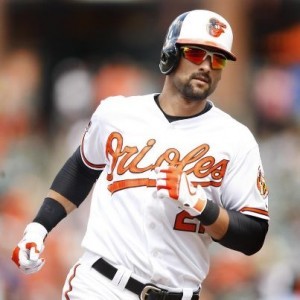 Markakis is probably the only Oriole on this list that even has a remote chance of being chosen to be part of the AL All-Star team as a reserve. However, he may very well be the most underrated outfielder in baseball.

You could even make a case that he's the best all-around outfielder in the league, taking both hitting and fielding into account.

The Orioles right fielder, batting .292, has the fifth most hits in the American League (104), which is third most among AL outfielders (and one of the two with more hits than him is his teammate, Adam Jones). On top of that, Markakis is the only outfielder in baseball who has played at least 75 games with 0 errors and at least six outfield assists.

While Markakis' stellar play may not be acknowledged enough by baseball nationwide, it is certainly appreciated by the players, coaches and fans in Baltimore. He's been a solid mainstay in the leadoff spot of the Orioles lineup, and a luxury in right field that O's fans have become accustomed to, yet never take for granted.

Show of hands: If asked at the beginning of the season which Oriole would have the highest batting average come Independence Day, who would've said Steve Pearce?

That's the case, as a now everyday player for the Orioles is batting a team-high .338; that average would be good for third-highest in the majors if he met league qualifications. He's hit 10 home runs this season, including six in the past month; Adam Jones is the only Oriole with more in that span. Pearce has also hit a team-high nine doubles in that time as well.

Pearce was actually placed on waivers by Baltimore and reacquired back in April, but since returning he has provided a consistent bat in the No. 2 spot in the lineup. His glove hasn't been shabby by any means either: Whether he's in left field or at first base, Pearce has yet to commit an error. 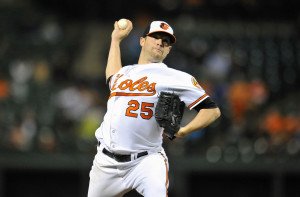 The Oriole rotation has been stepping up as unit lately, but the hottest pitcher on the staff has been Bud Norris.

If Norris can come back from his groin strain and pitch like he did last month, he could be considered Baltimore's best starter as the second half approaches. His strikeout pitch is working, he's going deep into games, and runs are becoming harder and harder to score against him.

Gausman, a touted O's prospect with a ceiling as high as the clouds, is on this list for many of the same reasons as Norris. Since rejoining the big-league rotation in early June, Gausman is 3-1 with three quality starts and a 2.63 ERA. An in two of those quality starts, he surrendered just one run each against the first- and fourth- highest-scoring offenses in the American League, Oakland and Detroit.

While the sample size of games since returning to the majors is still somewhat small, Gausman's stuff has looked nasty each time he's taken the mound. Perhaps more important than that, he's taking control when he pitches and looks like he has the poise of a veteran on the hill as of late.

The sky is indeed the limit for Gausman, and he should be an important part of the rotation for the remainder of the season, as he's already proven to be in the past month. 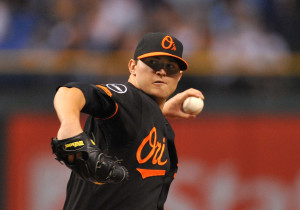 It's only fitting that Zach Britton close this list, as he's become a lights-out closer for the Orioles. Since taking the role over from a struggling Tommy Hunter, he's been one of the league's best ninth-inning options.

The lefty's got the second lowest ERA of Baltimore's pitching staff (1.42; only set-up man Darren O'Day's is lower). And since becoming the full-time closer, Britton has saved 12 games, while only legitimately blowing one save (He's technically blown a second, but due to a ninth-inning Machado error in Milwaukee.).

The Orioles have not had a consistently reliable man in the back of the bullpen since the very beginning of the 2013 season; and a pitcher that can come in and shut the door night in and night out is an essential part of any team hoping to compete for the playoffs and beyond. Britton is fitting this description, and will be vital in the Orioles' October push.