3 Reasons Why The Orioles Can Win The World Series 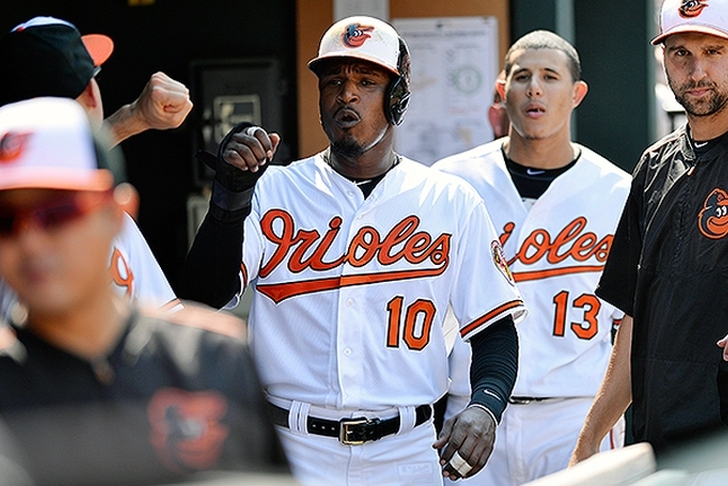 The Baltimore Orioles have defied the skeptics once again, inserting themselves into the thick of the AL Wild Card race despite being written off for dead on numerous occasions this year. The Orioles' resilience is something to behold and it could very well lead to a major come-up for the Baltimore boys come playoff time. Here's 3 Reasons Why The Orioles Can Win The World Series. We're just going to say this outright -- there's no manager in Major League Baseball that does more with less from a pitching staff standpoint than Buck Showalter. This season, 28.8 percent of the average AL starter's batters faced have been during the team's third or fourth time through the order. For the Orioles this season, that figure is only 26.8 percent. Without a true ace to work with, Showalter relies heavily on his grizzled vet instincts by pulling starters every time the situation calls for it and leaning on his most effective relievers for extra outs.

We'll delve further into the bullpen with our #2 point, but it's Showalter's deft hand that will play a huge role in how the team manuevers down the stretch and through a potential playoff run.

Baltimore's bullpen doesn't get the publicity that Kansas City's does, but it's just as effective at shortening up games. The Orioles 'pen is 4th in the Majors this year with a 2.68 ERA and 6th in batting average against (.228). That's made even more impressive by the fact that they've been backing up a starting rotation that has been inconsistent and/or ineffective for extended stretches over the course of the regular season. To give you an idea of just how fantastic the bullpen has been this year, 22-year-old righty Jason Garcia is the only currently rostered reliever with an ERA over 2.50. He's made just 11 appearances.

We'd take the Orioles 1-thru-4 quartet of Manny Machado, Gerardo Parra, Adam Jones and Chris Davis over the top of almost any regular MLB lineup going today. Orioles manager Buck Showalter has plenty of depth to mix and match behind this fearsome foursome come playoff time, but the real heart of Baltimore's title chances lies with them. Machado and Jones are two of the undersung superstars in the game today, and Davis has somehow hammered 34 home runs without so much as a wink from the ESPN machine. That's no matter. Add in Parra who is an on-base wizard and this is the stuff that World Series contenders are made of.