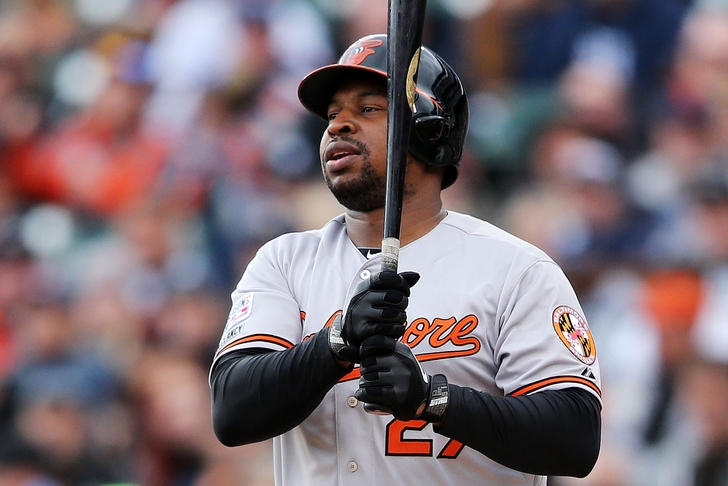 The Baltimore Orioles have been competing for a playoff berth all season, but are still looking for that missing piece at the trade deadline to help them make the postseason. Here are three rumors you need to know:

Orioles executive VP of baseball operations Dan Duquette said the team is looking to add more pitching at the deadline again, according Roch Kubatko of MASNsports.com.

Baltimore spent a lot to acquire ace reliever Andrew Miller last year, and he helped charge the team’s late-season success. The Orioles have also dealt for pitchers like Scott Feldman and Bud Norris in recent years, showing that the team is willing to add arms over the summer.

Duquette also said that he still hopes to work out a trade outfielder and bench bat Delmon Young.

“We’re still working with a couple of teams and hopefully it will come together,” he explained.

Young, who’s playing on a $2.25 million deal this year, was designated for assignment on July 1.

The Orioles have interest in Astros' outfielders L.J. Hoes and Alex Presley, according to Evan Drellich of the Houston Chronicle. Both players are currently in Triple-A, but could be moved in order to open spots on the 40-man roster in advance of the trade deadline.