15 free agents that make sense for the Orioles 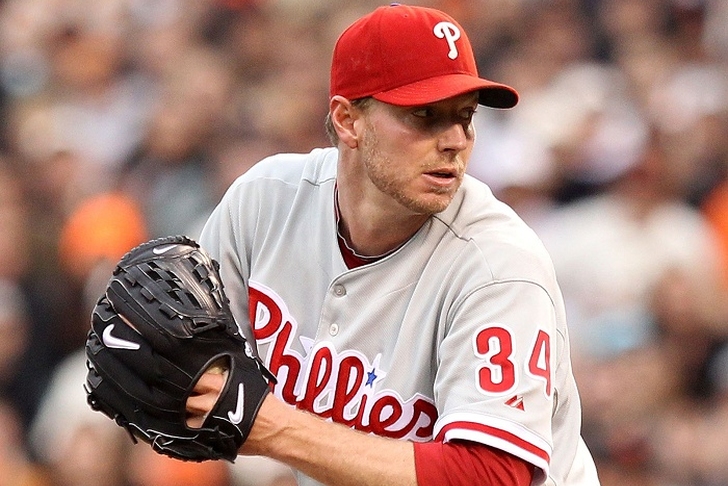 With Major League Baseball's Winter Meetings starting next week, multiple free agent signings are certain to come about. The Baltimore Orioles are going to the meetings with a long list of needs, which includes starting pitching, bullpen help, a closer, a left fielder and a designated hitter.

Baltimore has stayed rather quiet in the free-agent market to this point, while top players Robinson Cano, Jacoby Ellsbury, Carlos Beltran, Curtis Granderson, Tim Hudson and Dan Haren have already signed with other teams. The O's have potentially filled a big void through a trade, though, sending closer Jim Johnson to the Oakland A's for second baseman Jemile Weeks.

Now, the Orioles have never been a team to make a huge splash in free agency, and they tend to often make quality acquisitions through trades (David Price, please?). But with so many holes to fill, let's take a look at free agents that would be a great fit in Baltimore.

Roy Halladay (starting pitcher): Halladay would be exactly what the Orioles are looking for in a starting pitcher: a top-of-the-rotation guy that has the potential to be an ace IF he returns to form following a 2013 season hampered by a shoulder problem. The two-time Cy Young award-winner spent over a decade in the American League East, and was the division's most dominant pitcher for the majority of that time. He could be a potential bargain, and if he returns healthy, could prove to be the high-caliber, experienced pitcher that Baltimore has been searching for.

Matt Garza (starting pitcher): Garza has been an effective starting pitcher for years, including successful years in the division while with Tampa Bay. But as the consensus top starter on the market, the price tag will be pretty high. The Orioles don't like paying a lot of money for free agents, much less free-agent starting pitching; but Garza would fit very well at the top of the O's rotation.

A.J. Burnett (starting pitcher): Burnett is another experienced starter who has had success in the AL East, and has pitched much better than the 36-year-old was expected to in the past two seasons with the Pirates. His age should bring the price down a bit, but if he's going to go anywhere for less money, it would be back to Pittsburgh. But the Orioles could lure him away with a few extra dollars.

Scott Baker (starting pitcher): Baker is the under-the-radar choice amongst the starters on this list. He may not be the big name, but Baker is a young pitcher who's had early success, and could turn out to be part of the O's rotation long-term. The only drawback? He's not a guy who belongs at the very top of a rotation at this point.

Johan Santana (starting pitcher): Santana could be a low-risk, high-reward pick-up for Baltimore, if he comes cheap enough. A former Cy Young award winner himself, Santana was one of the league's best pitchers when he was healthy. He provides similar upside to Halladay, but Santana's injury history is a lot longer, a lot more serious, and a lot more discouraging. The Orioles won't be getting a Cy Young-caliber pitcher or anything if they bring in Santana, but he can be a top-of-the-rotation guy if he can find a way to stay on the mound and off of the shelf.

Jesse Crain (relief pitcher): Crain is on this list because he was a reliever that the Orioles looked into trading for at the trade deadline. He finished the 2013 season with Tampa Bay instead, but if the Orioles add an arm or two to the bullpen for the 6th-8th innings, it would make sense for them to take another look at Crain.

J.P. Howell (relief pitcher): The Orioles could use a lefty specialist in the bullpen, and Howell seems to be the best fit. He was a vital part of the Rays bullpen for a few years, and his experience in the AL East could draw some attention from the O's.

Eric O'Flaherty (relief pitcher): O'Flaherty is another great southpaw reliever that has had a lot of success getting lefties out for the Atlanta Braves. And he may come at a cheaper price, too.

Fernando Rodney (closer): Rodney has been a lights-out closer for the Rays over the past few years, and he'd be a great guy to replace the recently-traded Jim Johnson in the ninth inning. We know Rodney can close games in the AL East; and that is BIG.

Joel Hanrahan (closer): While Rodney and Joaquin Benoit are getting the most attention from teams looking for a closer, Hanrahan is a reliable all-star that could be the best option for Baltimore. Of the potential price tags, his could be the lowest. Remember, the Orioles traded Johnson because they didn't want to pay him the large amount he was going to get after arbitration.

Shin Soo-Choo (outfielder): If you don't know about him, you should. Soo-Choo hit at the top of a potent Cincinnati Reds lineup in 2013, and finished 2nd and 8th in the National League in on-base percentage (.423) and OPS (.885), respectively. Add 21 home runs, 34 doubles, 20 stolen bases and an above-average glove to the mix, and you have a quality everyday left fielder.

Nelson Cruz (outfielder): Cruz is another corner outfielder with a big bat that the O's can put in left field or DH. He'd be a great power hitter to put behind Adam Jones and Chris Davis, but the past steroid use might cause the Orioles to look elsewhere.

Kevin Youkilis (first base/third base): Youkilis seems like a great fit for Baltimore. He hits for power and average, can hit anywhere in the lineup, and can play third base if Manny Machado isn't ready for Opening Day. And even if Machado is ready, Youkilis would be a solid everyday DH, and could give Davis a day off of first base every once in a while, too.

Michael Young (infielder): Young is an experienced player who hits for a high average, and can play any position in the infield or DH. That flexibility could pay huge dividends for the Orioles, and could probably be bought for a decent price.

Mark Reynolds (first base/third base): While Reynolds struggled in 2013 with the Indians and Yankees, he had success in his two years with the Orioles. His power would be welcome back to Baltimore to fill the DH role and play a corner infield spot once every week or two.