Muncie Burris volleyball ready to grow together during 2022 season 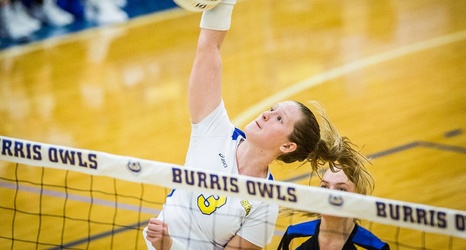 MUNCIE, Ind. — For six years, Muncie Burris has been perhaps the most successful volleyball team in the state not to win a sectional title.

In its last six seasons, the Owls have averaged 23.67 wins a year. Though they've had teams talented enough in the past to make deep runs in the state tournament, the 29-time sectional champions and 22-time state champions haven't made it past sectional weekend since 2014. In six of the previous seven seasons, five of which were spent in Class 3A, Burris has been eliminated in the sectional by either the eventual state champion or state runner-up.