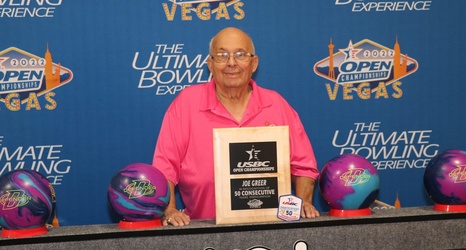 LAS VEGAS — It all started in 1972 when a couple of Joe Greer's bowling buddies suggest they should go out to the United States Bowling Congress Open Championships.

The tournament that year was in Long Beach, California. But they rallied up five teams of four players each and drove across the country. Competing in the Open Championships quickly became a yearly tradition for Greer. While the tournament has changed in both size and location, Greer always made it his goal to be there.

In 2021, Greer brought out 19 family members thinking that was going to be his 50th consecutive appearance.