Michael Penix prefers 'we.' But it's he who remains the key to how far IU football can go. 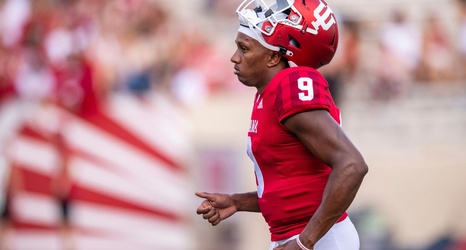 BLOOMINGTON – Michael Penix Jr. usually tries to answer questions in the collective even when they are posed to him specifically. The Indiana redshirt junior quarterback doesn’t like the story to be all about him, even though he plays the position where the spotlight shines the brightest, so he tries to begin as many sentences as possible with the word “we.”

Such was the case again Monday when he was asked for an assessment of his progress after completing 11 of 16 passes for 68 yards and two touchdowns and also rushing for a touchdown in IU's 56-14 win over Idaho on Saturday.