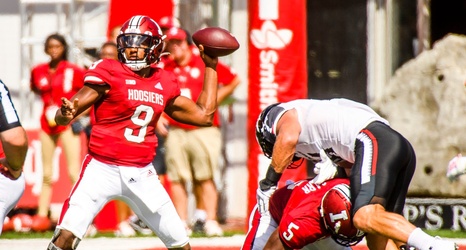 No further details were provided on what type of potential injury Penix suffered.

He was expected to speak at post-game media availability, before a spokesperson informed reporters of the X-ray. Coach Tom Allen is expected to provide an update on Penix’s health Monday.

Penix never left the game against Cincinnati, but in the third quarter he could be seen holding his throwing arm while on the field.