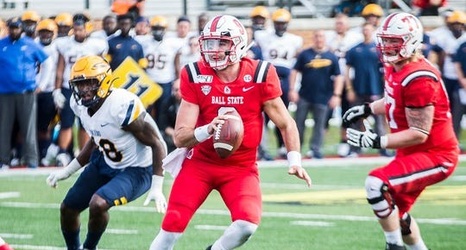 MUNCIE, Ind. — For Chris Crumb, the turnaround Ball State’s football program is on the cusp of attaining started in 2018.

It started with a goal-line stand in Scheumann Stadium at the end of a mid-week game in November. It started with a senior-night upset against a Western Michigan team Ball State will face next Tuesday in another mid-week November matchup.

u25baRELATED: How Ball State's women’s basketball team ended up with two freshmen from Spain, and why

The memory stands out to the defensive lineman because on that final play, on a two-point conversion attempt by the Broncos in overtime that would either deliver a win for WMU or if stopped a win for BSU, Crumb lined up alongside one of his best friends in then-redshirt senior defensive lineman Fred Schroeder.