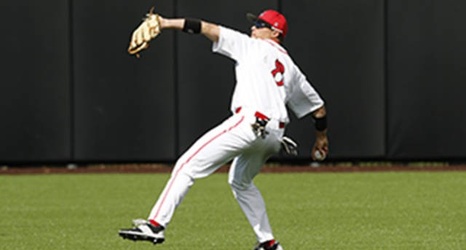 MUNCIE, Ind. – Eastern Michigan and Ball State each scored runs in six of their nine at-bats, but the visiting Eagles were able to prevail in a shootout Saturday afternoon, 16-10.

Mitchell McGeein hit a pair of home runs for Eastern Michigan (18-26, 9-8 MAC), while John Montgomery, Tony Dileo and McGeein each finished with three RBIs. The 16 runs were the second most scored by Eastern Michigan this season.

The Eagles capitalized on a Ball State (28-19, 13-7) error in the fourth inning to score six runs and take control of the game. EMU scored four more runs in the fifth to take an 11-6 lead.