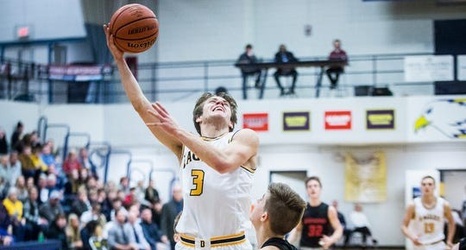 NEW CASTLE, Ind. — The message delivered at halftime in Delta’s locker room could be boiled down to two words, discipline and trust.

The Eagles’ coach, Mark Detweiler, had just watched his team fail to come close to doing enough to exemplify either quality in the first half. Their star, junior Brady Hunt, would say postgame he thought he and his teammates had not only not played together but come out “a little soft,” too. And as a result, after two quarters of play, Delta trailed by 13 points on the road against New Castle in a rematch of the 2019 Class 3A sectional final the two teams played against each other on the same court.